Quercetin is an antioxidant flavonol, which is naturally present in a variety of foods, such as apples, plums, red grapes, green tea, elderflowers and onions, these are just a part of them. According to a report from Market Watch in 2019, as the health benefits of quercetin become more and more known, the market for quercetin is also growing rapidly.

But this supplement has other little-known benefits and uses, including the prevention and/or treatment of the following diseases:

Among the latest papers on this powerful antioxidant is a review published in Phytotherapy Research in March 2019, which reviewed 9 items about the effects of quercetin on metabolic syndrome Randomized controlled trial.

Although comprehensive studies have found that quercetin has no effect on fasting blood glucose, insulin resistance or hemoglobin A1c levels, further subgroup analysis showed that quercetin was supplemented in studies that took at least 500 mg per day for at least eight weeks.” Significantly reduced fasting blood sugar.

According to a study published in 2016, quercetin can also activate the mitochondrial channel of apoptosis (programmed cell death of damaged cells) by interacting with DNA, thereby causing tumor regression.

Studies have found that quercetin can induce the cytotoxicity of leukemia cells, and the effect is related to the dose. Limited cytotoxic effects have also been found in breast cancer cells. In general, quercetin can extend the lifespan of cancer mice by 5 times compared with the untreated control group.

The authors attribute these effects to the direct interaction between quercetin and DNA and its activation of the mitochondrial pathway of apoptosis, and suggest that the potential use of quercetin as an adjuvant drug for cancer treatment is worthy of further exploration.

A recent study published in the journal Molecules also emphasized the epigenetic effects of quercetin and its ability to:

Microribonucleic acid was once considered "junk" DNA. Studies have found that “junk” DNA is by no means useless. It is actually a small molecule of ribonucleic acid, which plays a vital role in regulating the genes that make human proteins.

Microribonucleic acid can be used as the "switch" of these genes. According to the input of microribonucleic acid, a gene can encode any of more than 200 protein products. Quercetin's ability to modulate microRNAs may also explain its cytotoxic effects and why it seems to increase cancer survival (at least for mice).

Quercetin is a powerful antiviral ingredient

As mentioned above, the research carried out around quercetin focuses on its antiviral ability, which is mainly due to three mechanisms of action:

For example, a study funded by the US Department of Defense published in 2007 found that after experiencing extreme physical stress, quercetin can reduce your risk of contracting the virus and improve your mental performance, otherwise it may damage your immune function , Making you more susceptible to diseases.

In this study, cyclists received 1000 mg of quercetin a day, combined with vitamin C (increasing plasma quercetin levels) and niacin (promoting absorption) for five consecutive weeks. The results found that compared with untreated For any cyclist who was treated, those who took quercetin had a significantly lower chance of contracting a viral disease after riding a bicycle for three hours a day for three consecutive days. 45% of people in the placebo group were sick, while only 5% of the people in the treatment group were sick.

The U.S. Defense Advanced Research Projects Agency (DARPA) has funded another study, which was published in 2008, and studied the use of the highly pathogenic H1N1 influenza virus to challenge animals treated with quercetin. The result is still the same, the morbidity and mortality of the treatment group were significantly lower than that of the placebo group. Other studies have also confirmed the effectiveness of quercetin against a variety of viruses, including:

A study in 1985 found that quercetin can inhibit the infection and replication of herpes simplex virus type 1, poliovirus type 1, parainfluenza virus type 3, and respiratory syncytial virus.

An animal study in 2010 found that quercetin can inhibit both influenza A and B viruses. There are also two major discoveries. First, these viruses cannot develop resistance to quercetin; second, if they are used in conjunction with antiviral drugs (amantadine or oseltamivir), their effects are significantly enhanced-and the development of resistance is prevented.

An animal study in 2004 approved a strain of H3N2 virus, investigating the effect of quercetin on influenza. The author pointed out:

Another 2016 study found that quercetin can regulate protein expression and has a protective effect on the H1N1 influenza virus. Specifically, the regulation of heat shock protein, fibronectin 1 and inhibitory protein helps reduce virus replication.

A third study published in 2016 found that quercetin can inhibit a variety of influenza strains, including H1N1, H3N2, and H5N1. The author of the research report believes, “This study shows that quercetin exhibits inhibitory activity in the early stage of influenza infection, which provides a feasible future treatment plan through the development of effective, safe, and inexpensive natural medicines to treat and prevent [Influenza A virus] infection."

In 2014, researchers pointed out that quercetin “seems promising in the treatment of common colds caused by rhinoviruses” and added, “Research has confirmed that quercetin can reduce the internalization and replication of viruses in vitro. The body can reduce viral load, pneumonia and airway hyperresponsiveness."

Quercetin can also reduce oxidative damage, thereby reducing the risk of secondary bacterial infections, which are the main cause of influenza-related deaths. Importantly, quercetin increases mitochondrial biosynthesis in skeletal muscle, indicating that part of its antiviral effect is due to the enhanced mitochondrial antiviral signal.

Recently, a study published in the journal Microbial Pathogenesis in March 2020 found that quercetin can provide comprehensive protection against Streptococcus pneumoniae infection both in vitro and in vivo. A toxin (PLY) released by pneumococcus to prevent the outbreak of Streptococcus pneumoniae infection. In the report "Microbial Pathogenesis", the author pointed out:

"The results show that quercetin significantly reduces the hemolytic activity and cytotoxicity induced by PLY by inhibiting the formation of oligomers.
In addition, quercetin treatment can also reduce PLY-mediated cell damage, increase the survival rate of mice infected with lethal doses of Streptococcus pneumoniae, reduce lung pathological damage, and inhibit cytokines (IL-1β and TNF) in bronchoalveolar lavage fluid. -α) release.
Considering the importance of these events in the pathogenesis of resistant Streptococcus pneumoniae, our results indicate that quercetin may become a new potential drug candidate for the treatment of clinical pneumococcal infections. "
Quercetin fights inflammation and boosts immune function

In addition to antiviral activity, quercetin can also enhance immunity and fight inflammation. A 2016 study published in the journal Nutrients pointed out that the mechanisms of action include (but are not limited to) inhibition of:

According to this article, quercetin can also stabilize mast cells, has cytoprotective activity on the gastrointestinal tract, and "has a direct regulatory effect on the basic functional characteristics of immune cells", so that it can "down-regulate or inhibit a variety of inflammatory channels and functions," Inhibit a large number of molecular targets in the micromolar concentration range".

Quercetin may be a useful supplement for many people

Taking into account the wide range of benefits of quercetin, it may be a beneficial supplement for many people, whether it is acute or longer-term problems, it can have a certain effect. This is also a supplement I recommend that you keep in the medicine cabinet. It can come in handy when you feel that you are about to be "overwhelmed" by a health problem (whether it is a common cold or flu).

If you are prone to catch colds and flu, you might consider taking quercetin a few months before the cold and flu season to strengthen your immune system. In the long run, it seems to be very useful for patients with metabolic syndrome, but it is very stupid to rely solely on certain supplements and fail to solve basic problems such as diet and exercise at the same time. 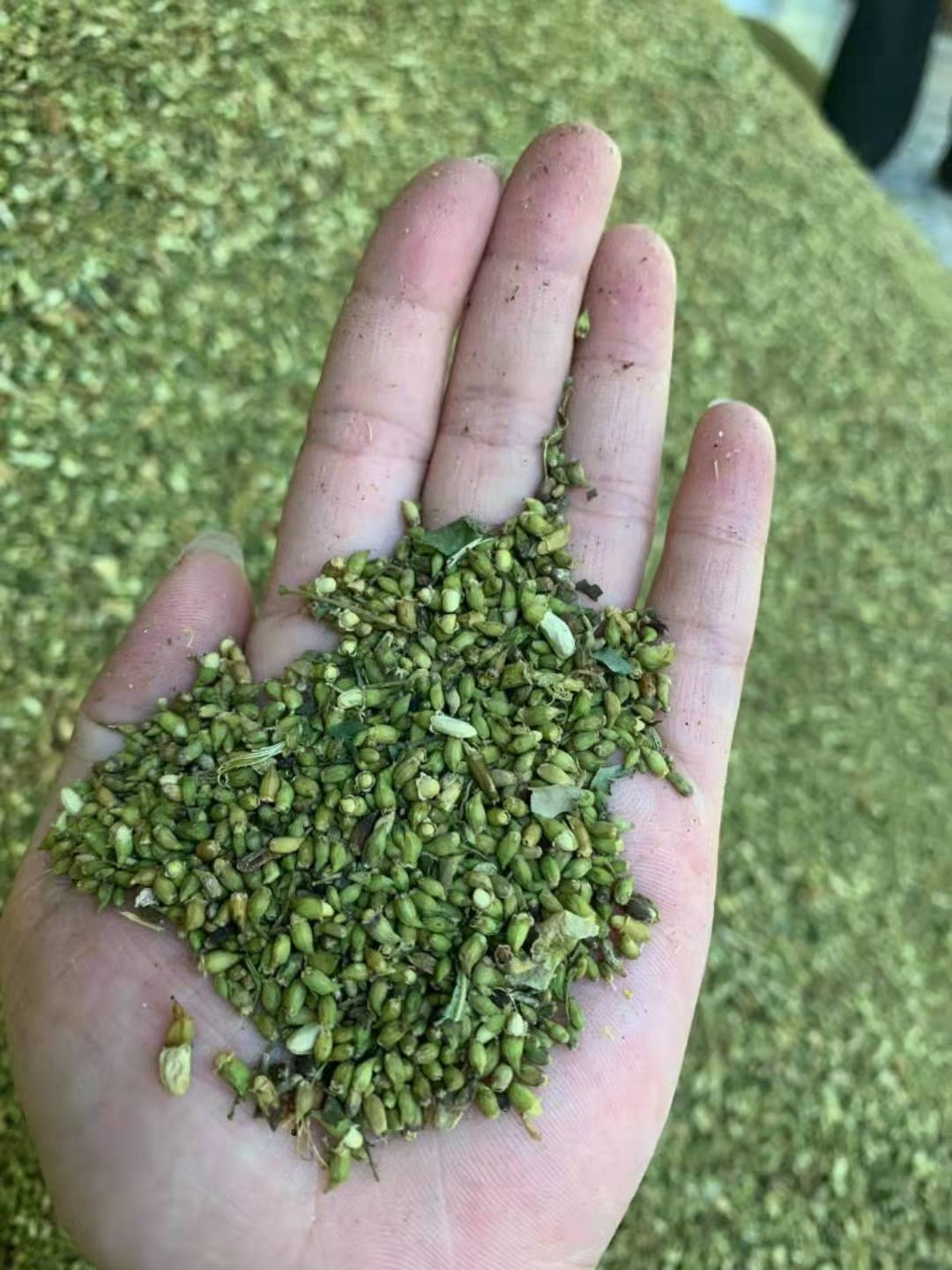